Some of these moments...

This notebook presents 29 photos which were taken between 2010 and 2012. A text accompanies each photo.
At the origin of this project is the idea of joining together lived moments and contemplated landscapes. This is perfectly illustrated by Philippe Jaccottet’s sentence: «All they needed to do was to be moved and to spread this emotion contagiously” (Excerpt from “Promenade sous les arbres”, edited by La Bibliothèque des Arts., 2009, page #15)
The birth of a moment is always swift. And dazzling. We hold our breaths. And the moment which is caught already contains the aftermath. And I am still overwhelmed by it…
To me, these photos are just like a moment of respiration, like places of an inner and silent resonance. The light is still present, guide-like. And – not too far away, an invisible person for an imaginary dialogue.
14x9cm Artist notebook
10 copies limited
Available: sold out
29 photos taken between 2010 and 2012
29 texts written in 2012
- Photographs extracted from a series of 29. - 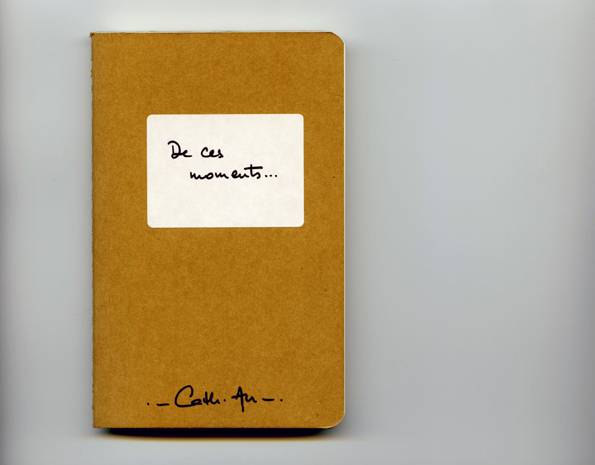